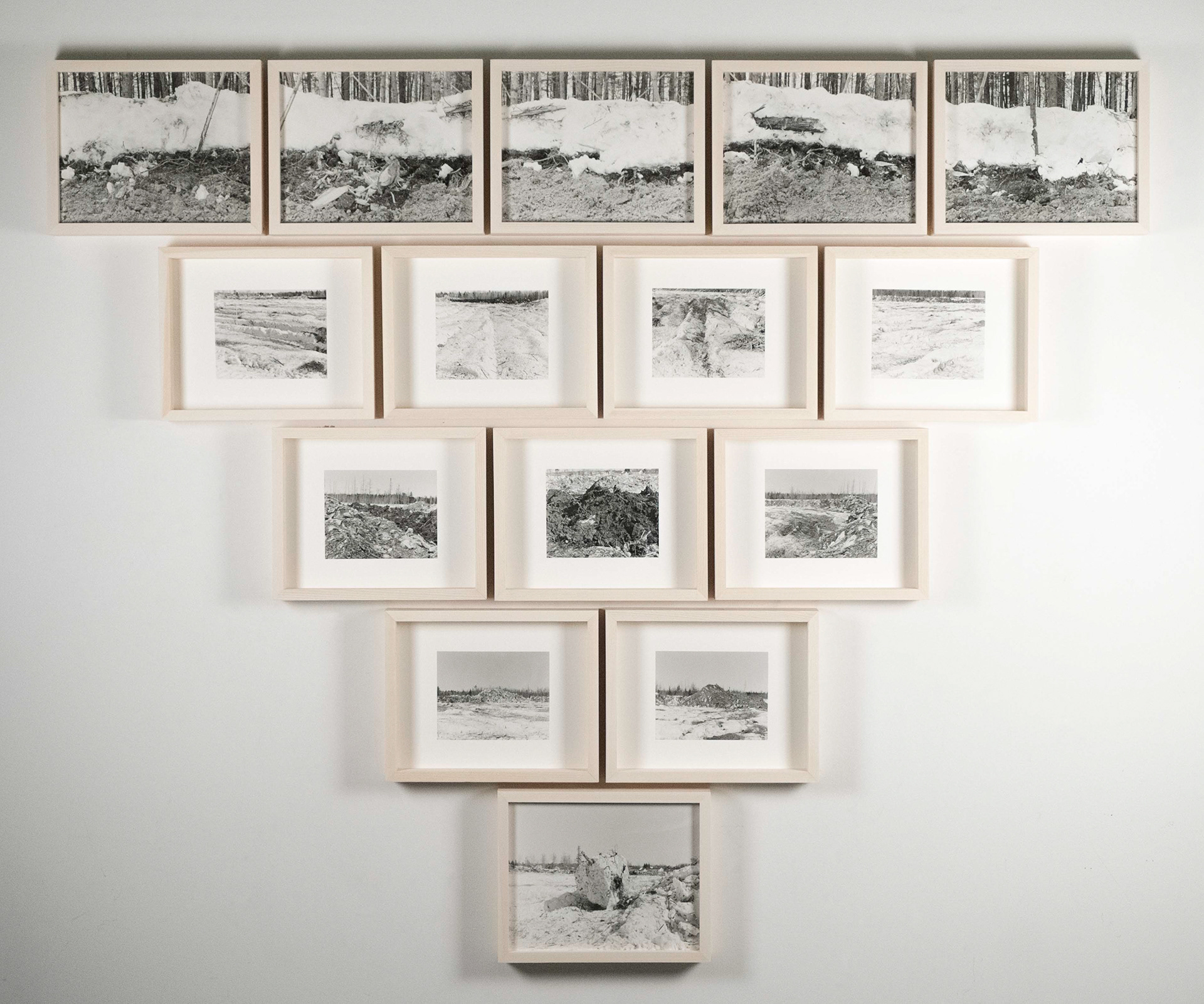 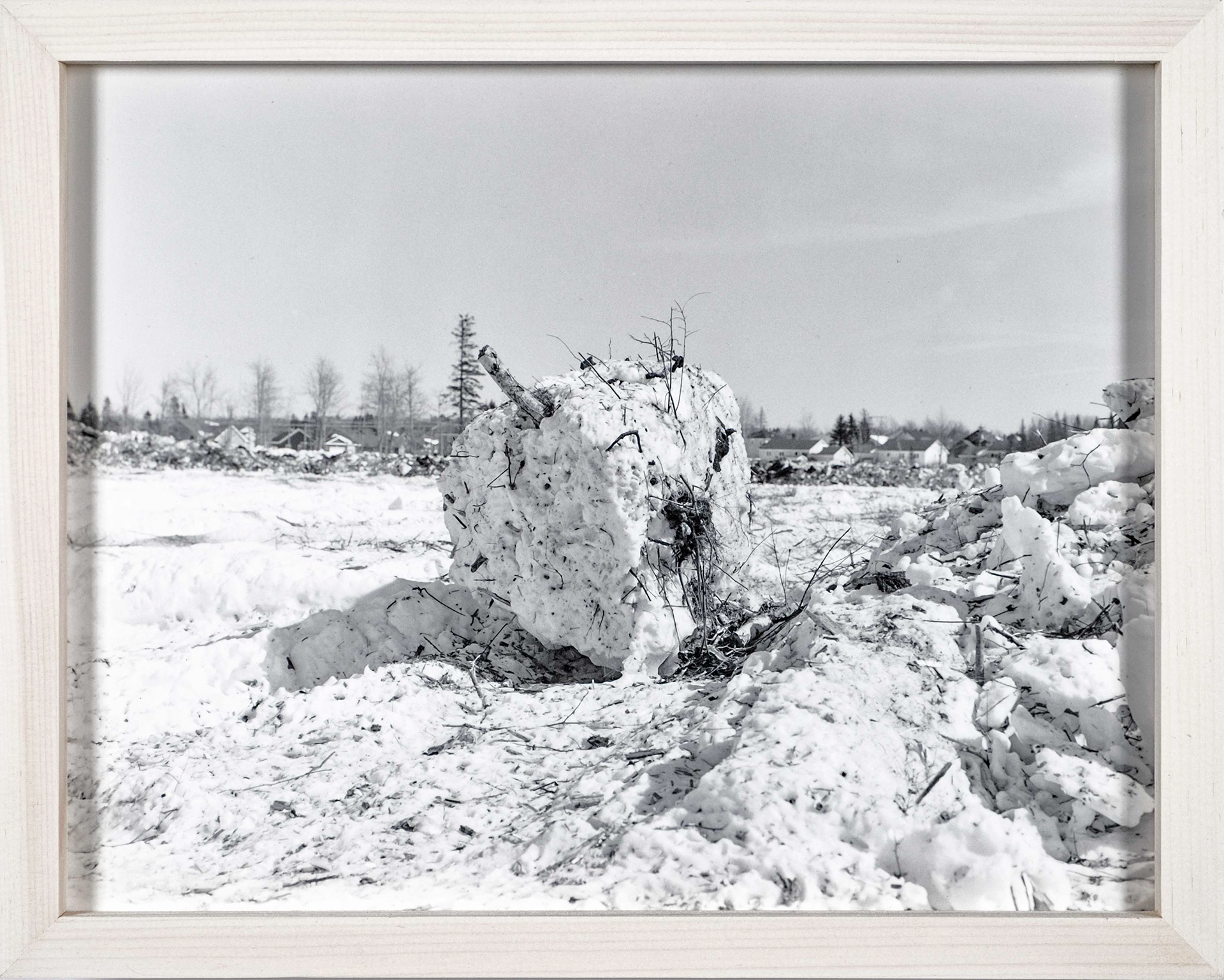 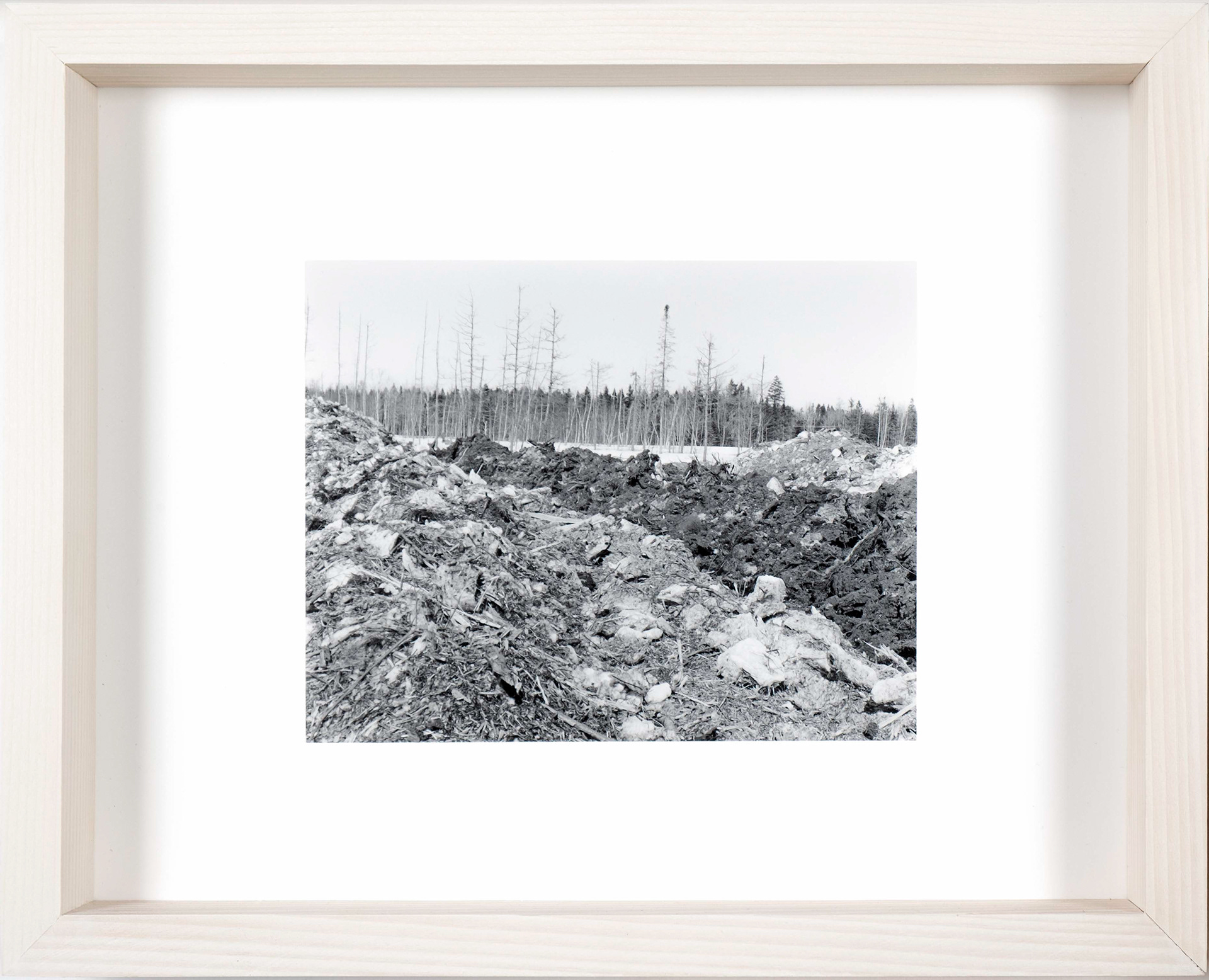 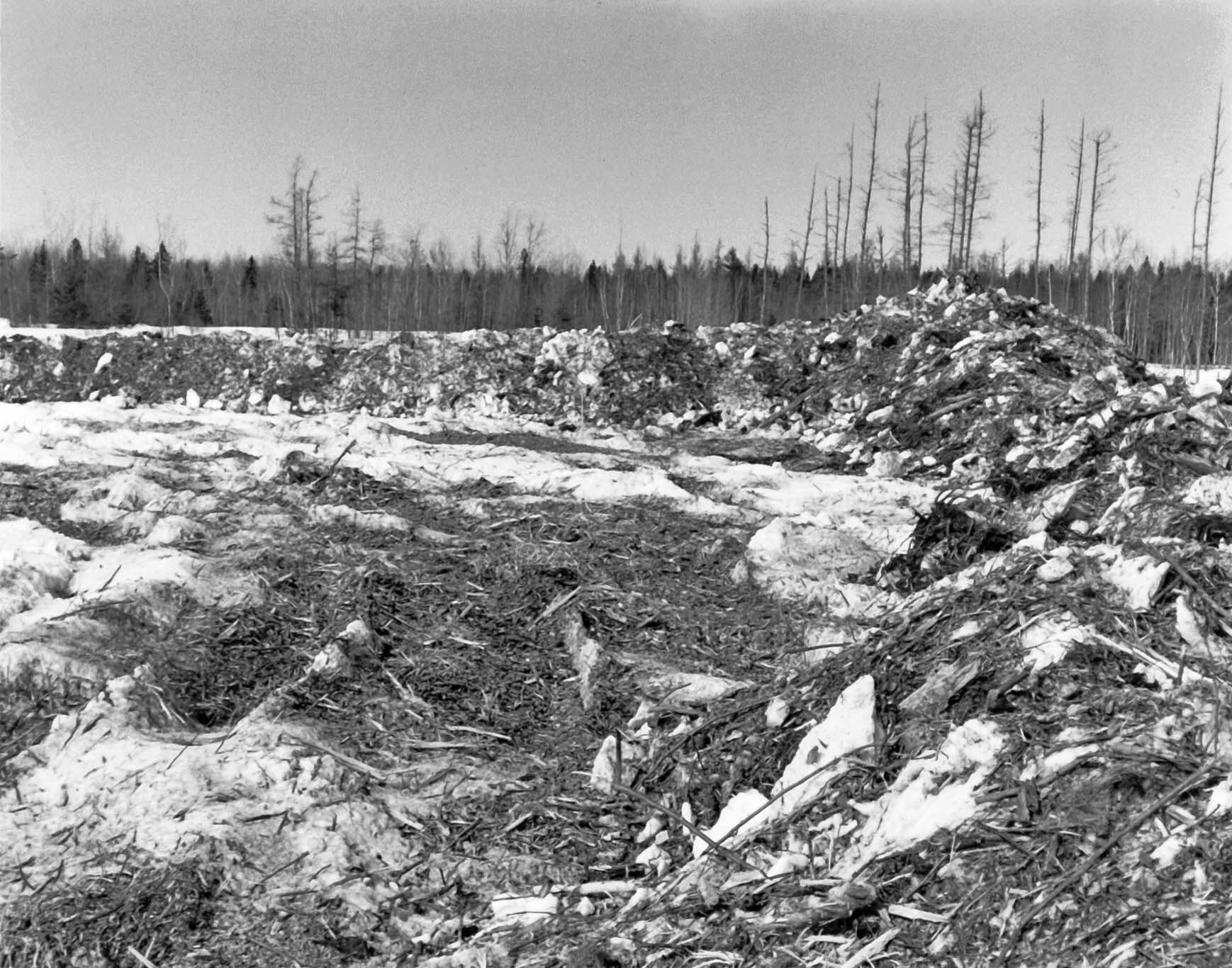 In this piece, snow emanates as an added layer and, as a result, an integral part of the understanding of the in-between. This ephemeral matter that conceals the land every winter into a uniform monochrome of white offers the perception of halting the process of the transformation between the before-place and the after-space, but it is not so. The process still persists despite the impression that the alteration is delayed …is waiting. I parallel this idea with the latent image on a film, an image that is waiting to be developed. This piece is hence as much an apropos of the photographic as it is about the in-betweens in the land itself, and thus being in integral part of this progression. One could therefore question what could then be said about the latent land transformed “onto” a latent image? Where does the concept of the latent before-place and the after-space lie?
Part of a group show:
Phantom Presence : Contemporary Photography in New-Brunswick

Curators: Karen Ruet and Terry Graff
Organized by the Beaverbrook Art Gallery with the support of the Province of New Brunswick, the City of Fredericton, CI Institutional Asset Management (CI Investments), and the Scotiabank Artist Residency Program.

Insert copy here, which should vary depending on your region. Accept